This project has received funding from the European Research Council (ERC) under the European Union’s Horizon 2020 research and innovation programme (grant agreement No. 638436).

Record-keeping, fiscal reform, and the rise of institutional accountability in late-medieval Savoy: a source-oriented approach

This project focuses on an unjustly neglected corpus of sources, the fiscal accounts (computi) of the castellanies, or basic administrative units, of late-medieval Savoy. It deploys a holistic model of analysis that can fully capitalize on the unusually detailed computi in order to illuminate some of the key developments in late-medieval history, from administrative and fiscal reforms and the progress of institutional accountability to the socioeconomic decline and recovery from the late-thirteenth to the late-fourteenth century. More broadly, research into these topics aims to contribute to our understanding of the late-medieval origins of European modernity.

The advances of pragmatic literacy, record-keeping, and auditing practices are analysed with the aid of social scientific theories of practice. By comparing the Savoyard computi with their sources of inspiration, notably the Anglo-Norman pipe rolls, the project aims to highlight the creative adaptation of imported administrative models, thereby contributing to our knowledge of institutional transfers in European history. The project proposes an inclusive frame of analysis in which the computi are read against the evidence from enfeoffment charters, castellany surveys (extente), and the records of direct taxation (subsidia). 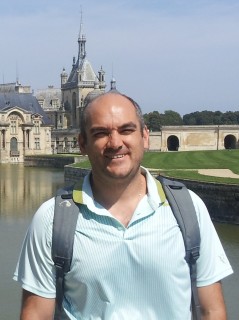 Ionuț Epurescu-Pascovici holds a PhD in medieval studies from Cornell University with a dissertation on the individual as social agent in late-medieval ego-documents (2008). He has published in international peer-reviewed journals on the social history of the later Middle Ages in France and Italy, particularly record-keeping, the individual and society, lordship, and the social imaginary.

At IRH-ICUB, he is one of the conveners of the seminar series Medieval Europe and Beyond and The grant proposal: from research design to writing strategies.

In November 2016 he was awarded Romania’s Order ‘The Cultural Merit’.

Roberto Biolzi studied History and Literature at the University of Lausanne, where he received his doctorate in 2016, with a thesis on war and its financing in late-medieval Savoy. He held fellowships from the Swiss Fonds National de la Recherche (2011-2013) to conduct research abroad, in particular in Turin and Berlin. Currently, he teaches medieval history at the University of Lausanne.

He has published a book and several scholarly articles about the organisation of war in late-medieval Europe, from an institutional and socio-economic perspective.

His research in the CASTELLANY ACCOUNTS project focuses on war and taxation in Piedmont and Vaud.

She has published on anthroponymy, etymology and non-literary medieval texts, mainly accounting records, from a linguistic and historical perspective.

Her research in the CASTELLANY ACCOUNTS project focuses on justice and its administration in the Savoyard computi of Bresse and Bugey.

Claudia Coldaș is finishing her master’s degree in medieval studies at the University of Bucharest. Her work in the project CASTELLANY ACCOUNTS involves assisting in the design of a database and inputting data into it.

* On 1 April 2017 the University of Bucharest became the project’s Host Institution.