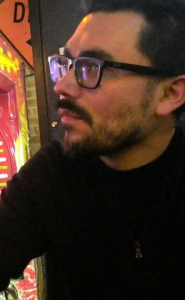 Bio: Timothy Tambassi has been an Honorary Research Fellow in Archival, Bibliographical and Library Sciences at the University of Eastern Piedmont (2014-17) and in History of Philosophy at the University of Parma (2013-16). Moreover, he was an  Invited Visiting Scholar in Philosophy of Geography at the Columbia University in the City of New York (2016), a Research Fellow in Informatics at the University of Eastern Piedmont (2013-14), a Teaching Assistant in History of Political Philosophy at the University of Parma (2012-14) and an Honorary Visiting Research Associate at the Durham University (2012). In 2013, he obtained his Ph.D. in Philosophy and Human Science at the University of Verona with a dissertation entitled “The Riddle of Reality: E.J. Lowe’s Metaphysics, Ontology, and Philosophy of Mind”. Currently, his main interests of research include Metaphysics, Formal Ontology, Philosophy of Geography, Geo-ontologies and the Philosophy of E.J. Lowe. He is Director of the philosophical journal Quaderni della ginestra, and member of the editorial board of La società degli individui, Asia-Pacific Studies, Canadian Social Science, Philosophy Study, Filozofski pogledi/Philosophical Views and of the International editorial board of Calamò. Among his recent publications there are Il rompicapo della realtà. Metafisica, ontologia e filosofia della mente in E.J. Lowe (Mimesis, 2015) and the articles A Geographical Taxonomy for Geo-ontologies (2016), Rethinking Geo-Ontologies from a Philosophical Point of View (2016).

Project title: New Perspectives for an Ontology of Geography