How to be associated at IRH-ICUB

Association to the Institute is granted on the basis of a research proposal, to be carried out on the premises and using the research facilities of the University of Bucharest. The proposal does not receive funding.

If you want to become an associated member of IRH-ICUB, please send us a research proposal and a CV. Scientific mentors of the IRH-ICUB fellows are associated during the research stay.

Marian Coman (2016-onwards) is Lecturer in Medieval History at the University of Bucharest and Researcher at the „Nicolae Iorga” Institute of History of the Romanian Academy; MA in Medieval Studies, Central European University (2002); PhD in History, University of Bucharest (2012); Chevening Scholar, Oriel College, University of Oxford (2006), New Europe College fellow (2007). His PhD thesis, published in 2013, was entitled „Power and Territory. The Making of Medieval Wallachia” (awarded “Nicolae Bălcescu” prize of the Romanian Academy and ”Nicolae Iorga” prize of the Romanian Society of Historical Sciences). Areas of specialization: late medieval state-building, history of cartography and travel writing in late medieval and Renaissance Europe.

Veronica Lazăr (2016 – 2017) is a philosopher and historian of political ideas. She has been a Post-doctoral Fellow at the New Europe College and the Wissenshaftskolleg zu Berlin. Her work focuses on the political ideas in the French and Scottish Enlightenment, the history of political economy, the history of social sciences, as well as on contemporary continental philosophy. She is co-founder of the Center for the Study of Modern Political Thought (Cluj). She is preparing a book aiming to explore representations of history in the Early French Enlightenment and a second one dedicated to Jean-Jacques Rousseau’s social and economic ideas. 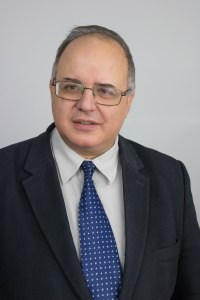 Bogdan Murgescu (2017 – onwards) is professor of economic history and director of the Council for Doctoral Studies, University of Bucharest. PhD in History, University of Bucharest (1995), Roman Herzog Fellow of the Alexander von Humboldt Foundation in Berlin (1998-2000; recurring 2006) and Visiting Professor at the University of Pittsburgh (2002) and Central European University, Budapest (2004). Currently president of the Romanian Society for Historical Sciences, member of the Academic Advisory Board of the Institute for East and Southeast European Studies, Regensburg, and of various other academic bodies. He has served as vicepresident of the National Council for the Financing of Higher Education (2011-2015) and advisor on higher eduction in the Ministry for National Education and Scientific Research (2015-2016), and is since December 2016 president of the National Council for Higher Education Statistics and Forecast (CNSPIS). His main fields of academic interest are economic and social history, with special focuses on the comparative long-term development of European peripheries, historiography, history of universities, as well as the history of communism and of the post-communist transformation.

Ana Petrache (2017-2018) is a philosopher, PhD in Philosophy, École Pratique des Hautes Etudes (religious sciences) & University of Bucharest (political sciences). She has been a Postdoctoral Fellow at Foundation for Interreligious and Intercultural Research and Dialogue, University of Geneva. Her work focuses on the relationship between religion and politics in the 20th century Western Europe. Her present research interests includes political theology, interreligious and ecumenical dialogue, political philosophy, philosophy of history. During her PhD and postdoctoral studies, she was engaged in several research projects in University of Fribourg, Switzerland and Institut Catholique de la Méditeranée, Marseille. Her book Gaston Fessard, un chrétien de rite dialectique? is forthcoming at Cerf, 2017.

(2015-2016) is Reader at the Faculty of Philosophy, Chair of Theoretical Philosophy and Logic, University of Bucharest. He is the author of Metafizica genurilor naturale (The Metaphysics of Natural Kinds), University of Bucharest Publishing House, Bucharest, Romania, 2007. As associated scholar of Institute of Research in the Humanities, Laurentiu Staicu will act as scientific mentor for Dr. Ciprian Jeler’s research project entitled Groups, populations and statistics: Taking the ambiguity out of multi-level natural selection. 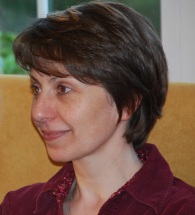 (2016 – onwards) received her first PhD at the University of Bucharest (2004) and her second one at the KU Leuven (2012). She has been teaching and doing research at the University of Bucharest (1995-2009 and since 2015 onwards), the Central European University (1997-1998), the University of Athens(1999), the University of Cambridge (2000-2001), the University of St. Andrews (2006), the Ludwig Maximilian University in Munich (Humboldt fellowship 2007-2008), the KU Leuven (2009-2014) and the University of Oxford (2014-2015, 2017-2019). She was also a fellow of advanced studies institutes such as New Europe College, Bucharest (2001-2002), Collegium Budapest (2003), the Institute for Advanced Studies in the Humanities, Edinburgh (2006) and The Netherlands Institute of Advanced Studies (2006, 2008-2009). She formerly specialised in the history of philosophy with a focus on topics such as consciousness and conscience, grace, predestination, free will, virtue, sovereignty, rational religion and toleration. Since 2014 she has shifted to epistemology, cognitive science and practical ethics while concentrating on conscious agency, free will and moral decision-making at the interface of philosophy and neuroscience. She is the author of several monographs and edited volumes (published by Peeters, Brill, De Gruyter, Peter Lang and Bucharest University Press) and of numerous articles on the above-mentioned topics that were published in internationally peer-reviewed journals such as Zeitschrift für Antikes Christentum, Ephemerides Theologicae Lovanienses, Revue d’Histoire Ecclésiastique, European Review of History, Studia Patristica, etc. and in collective volumes issued by Springer, Mohr Siebeck, Oxford University Press, Brill, Garnier, LIT Verlag, Aschendorff, Peeters, etc.
At the IRH-ICUB, Diana Stanciu has been the convenor of the interdisciplinary research seminar Consciousness and Cognition: An Interdisciplinary Approach since April 2016 [CV]

is a historian of philosophy, of science, and of ideas. He received his PhD from the University of Bucharest in 2011 with the thesis “Metaphysics and Natural Philosophy in Isaac Newton”. Since then he has worked within a team on a Romanian edition of Descartes’ complete correspondence. His main interests are in scientifically minded philosophers of the 17th century. Member of the Research Centre “Foundations of Modern Thought” and the Center for Logic, History and Philosophy of Science (both at the University of Bucharest)